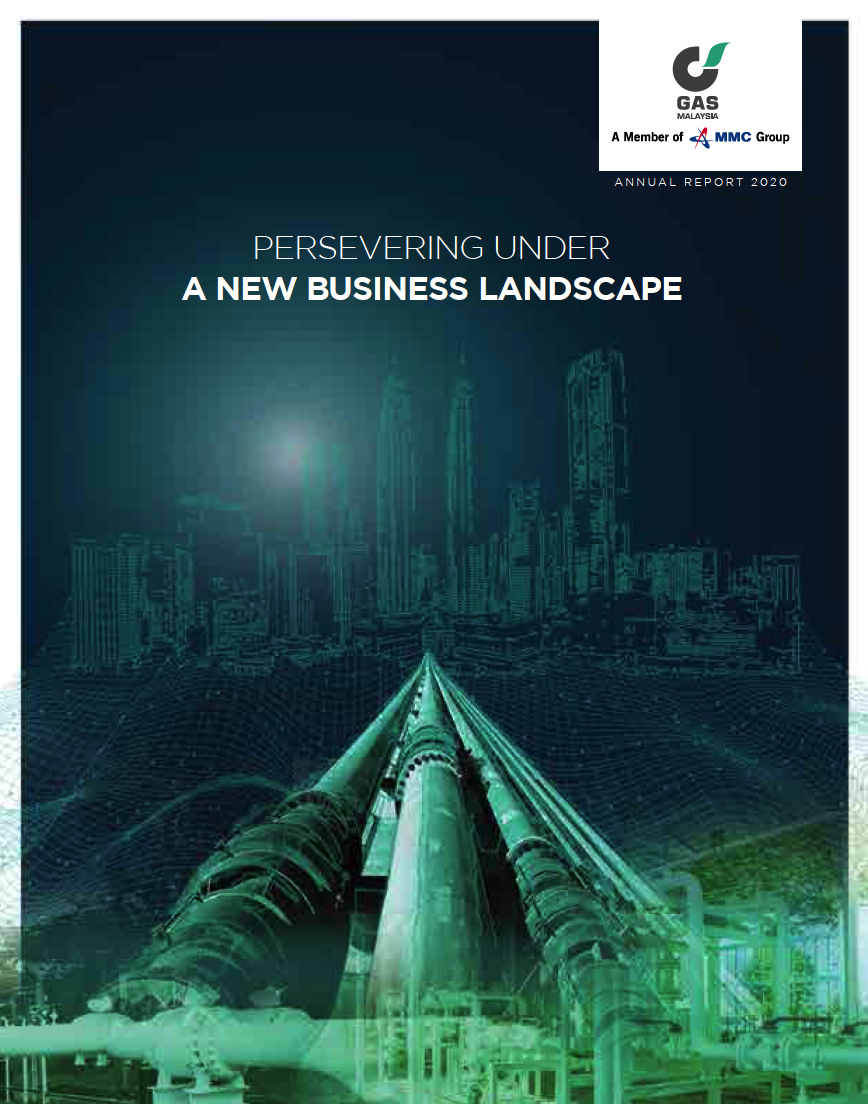 Persevering Under A New Business Landscape 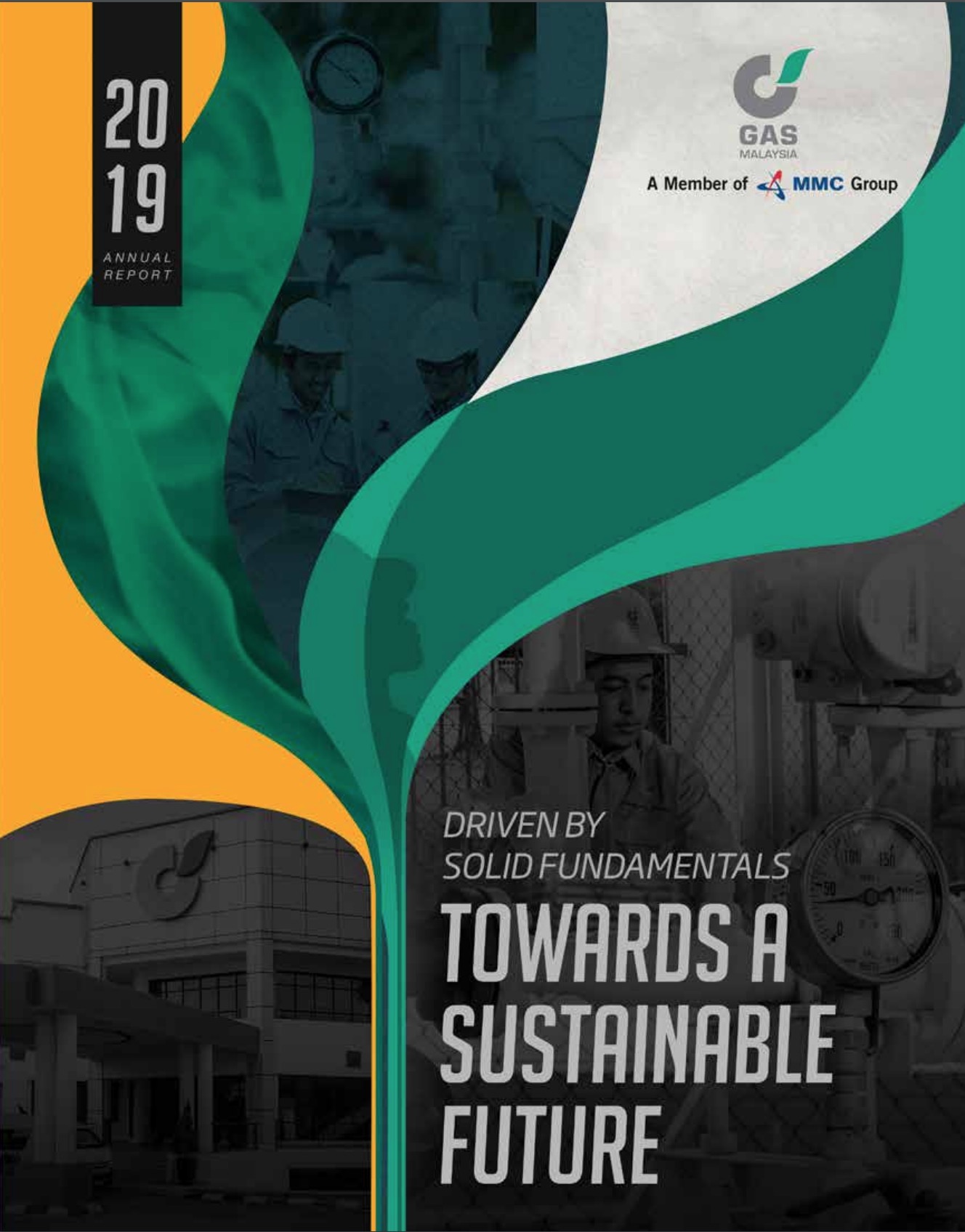 Driven by Solid Fundamentals Towards A Sustainable Future

The theme for the year 2019 titled “Driven by Solid Fundamentals Towards A Sustainable Future” highlights our commitment and resilience in facing the ever evolving business landscape. We will continue to reinforce our fundamental strengths and remain steadfast towards achieving our vision as an innovative value-added energy solutions provider.

To Provide The Cleanest, Safest, Cost-effective and Reliable Energy Solutions To The Nation 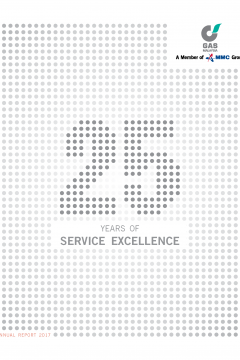 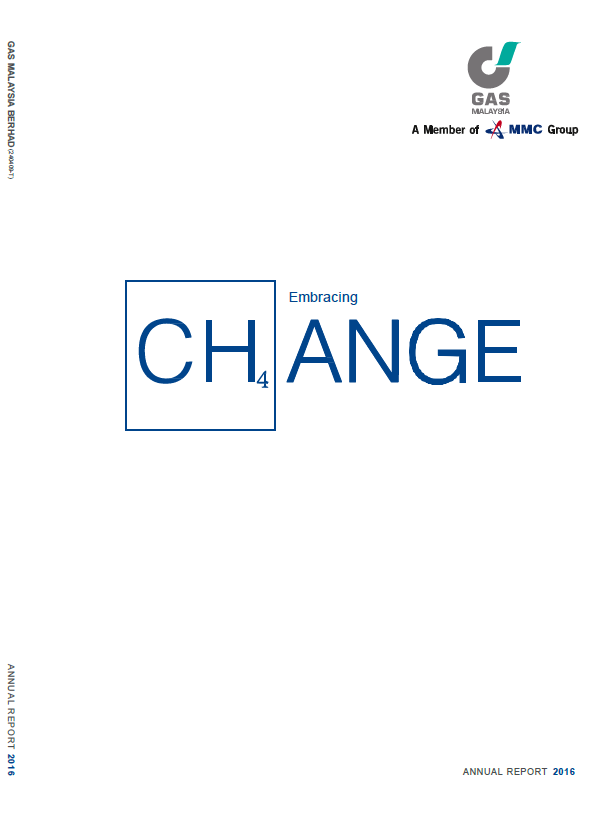 Gas Malaysia has taken steps to ensure that we are ready for change and to adapt our business to face the challenges and opportunities in the natural gas industry. The chemical formula typography on the cover design symbolises our strategy for sustainable growth, with business plans aimed at taking natural gas beyond the regulated sphere of the distribution business. By diversifying its use into a more commercially driven ventures, we create new demand for natural gas. Coupled with our most important asset – our people – we are preparing ourselves to embrace the landmark and structural changes being brought about by the industry liberalisation. 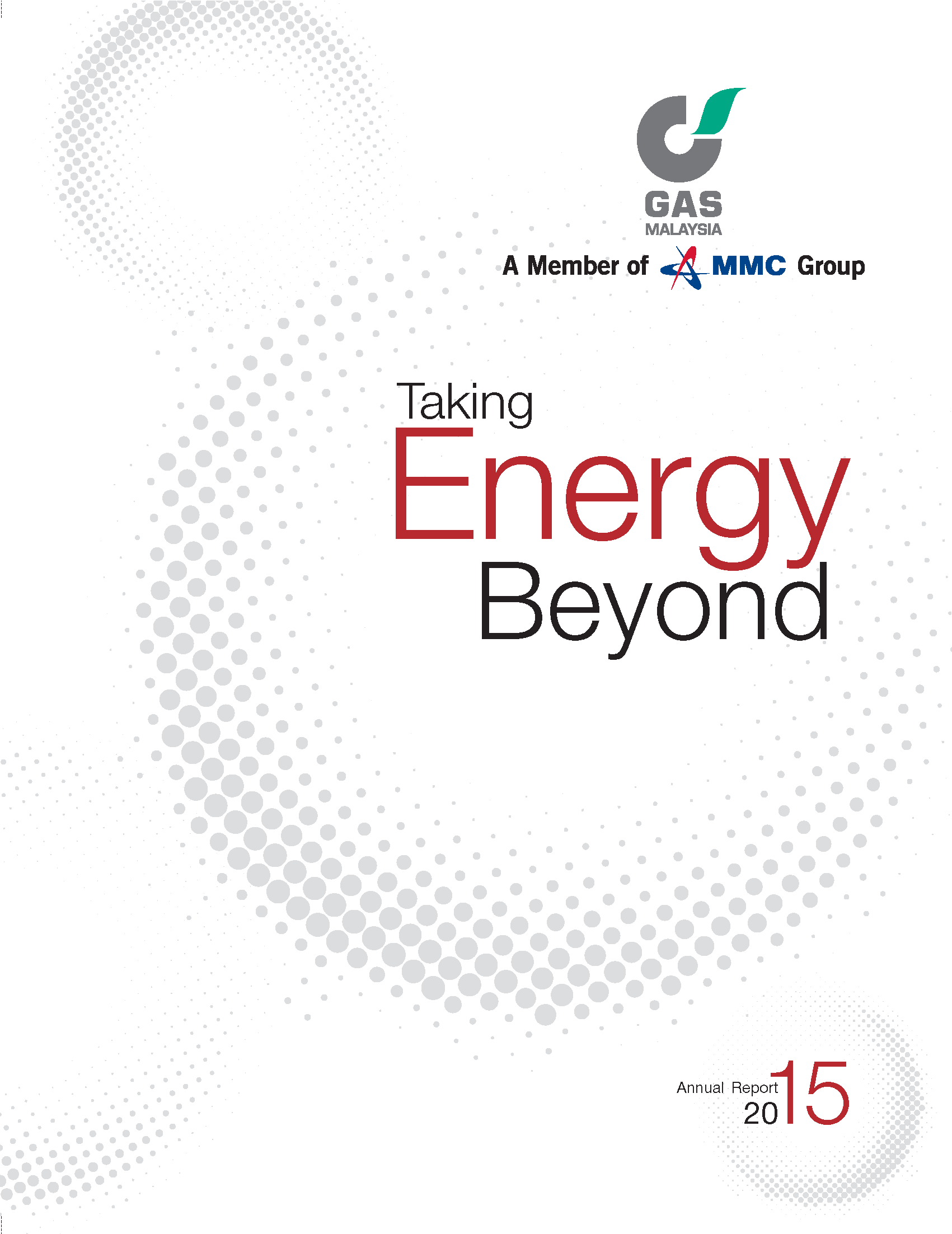 The crescent halftone design on the cover creatively represents the thermal expansion of gas molecules. In its abstract form, it symbolises our expansion plan through growing the existing business and diversifying into the non-regulated sphere of the gas distribution business. 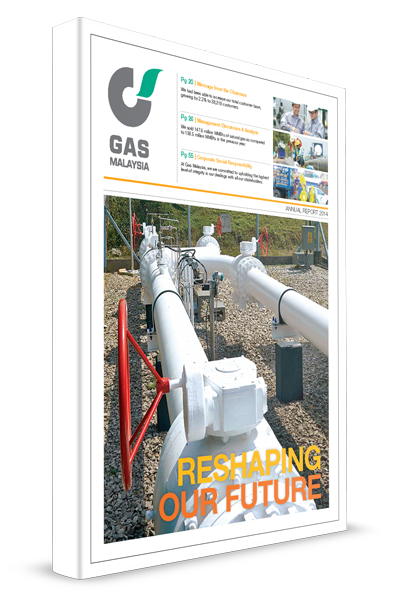 the pipeline symbolises Gas Malaysia reaching out to its customers, supplying steady and reliable energy solutions. our assets – our pipeline and our people – are the very foundation from which we shall grow, diversify and reshape our business in the future, whilst embracing our ambitious vision of being the innovative value added energy solutions provider. 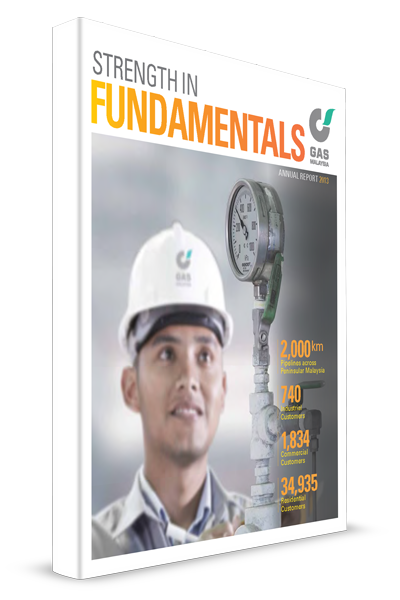 Gas Malaysia continues to explore other solutions to improve energy efficiency for its customers and ultimately, for the nation. 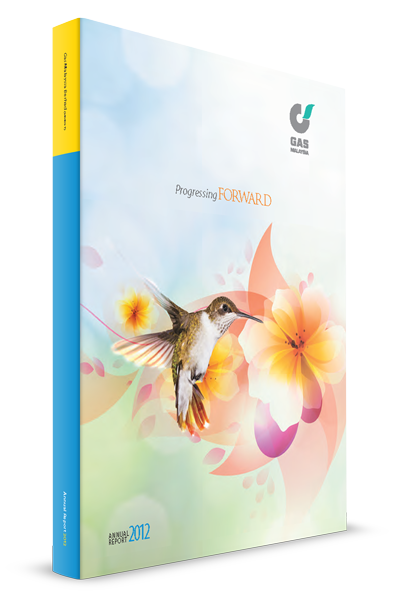